Profile: Sophia has performed in ten feature films shot in the USA since 2008. She has worked with Bruce Dern and Ernest Thompson and, while on different sets, she has worked with Adam Sandler, Mark Wahlberg and Seth MacFarlane. Sophia has been a host of the Boston International Film Festival every year since inception and she has interviewed hundreds of people on the red carpet. She has been a featured guest and model at the European Model Showcase held in Paris. In 2013 she has attended and graduated from the International Film Workshops in Brasov, Romania taught by Director Bruno Pischiutta and she was awarded as the “Best Foreign Emerging Actress in Romania” at the Brasov International Film Festival & Market, the most important and renowned nonviolent film festival in the world. 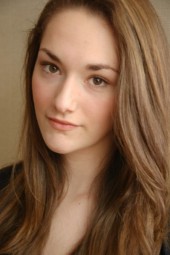